What Is In A Cigarette?

There are approximately 600 ingredients in cigarettes. Cigarette manufacturers, to enhance the taste and maintain the freshness of the cigarette, amongst other things, add many of these ingredients to the tobacco. When burned, they create more than 6500 chemicals. At least 250 are poisons and are known to be toxic to humans, and 69 of them are known to cause cancer.

Here are a few of the chemicals in tobacco smoke, and other places they are found:

According to chemists at R. J. Reynolds Tobacco Company, cigarette smoke is 10 000 times more concentrated than the vehicle pollution at rush hour on a freeway. The lungs of smokers, smoking 20 to 60 low to high tar cigarettes per day, collect an annual deposit of 113 to 680 grams of the gooey black material. And some studies show that people who smoke a pack-and-a-half of cigarettes a day are receiving the same radiation they’d get from 300-plus X-rays per year! And aside from this there is not one chemical in cigarette smoke that provides any known benefit to a human being. Nicotine itself is a deadly poison and is more toxic than arsenic.

Seven Deadly Myths, produced in 2000 and hosted by former cover model, entrepreneur and smoking cessation advocate Christy Turlington, is a 17-minute video that explores some of the common myths about smoking and empowers women to become or stay smoke-free. 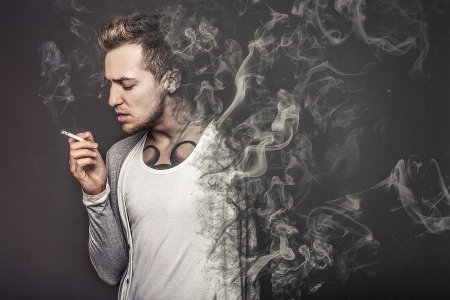 The images on this page are from the Casa de Eurípedes 2012 advertising campaign. The campaign consists of three images, each with a pair of illustrated lungs comprised of ice, bees and leaves and a hand holding a lighter to the lungs, demonstrating the irreversible damage that smoking has on one’s lungs. Simple and direct, these Casa de Eurípedes images may not prevent you from lighting up next time, but they may cause you to think twice about just how much damage your are doing to your health when you do.

The Health Risks Of Smoking

Smoking is one of the biggest public health threats the world has ever faced. According to The World Health Organisation (WHO) smoking kills nearly 7 million people each year. More than six million of those deaths are the result of direct smoking, while more than 600 000 are the result of non-smokers being exposed to second-hand smoke.

Approximately one person dies every six seconds due to smoking, accounting for 1 in 10 adult deaths. Up to one half of smokers will eventually die of a smoking-related disease, half in middle age and half in their senior years.

Smoking increases your risk of developing more than 50 serious health conditions. Some may be fatal and others can cause irreversible long-term damage to your health. Smoking harms nearly every organ of the body and accounts for one-third of all cancers. Foremost among the cancers caused by smoking is lung cancer, the number one cancer killer of both men and women, and as many as 9 out of 10 people diagnosed with lung cancer can directly blame their smoking habit.

Other health hazards include:

Smokers are also more likely to suffer from periodontal disease, diabetes or insulin resistance, infertility and changes in their physical appearance, including premature ageing and wrinkled, pale, unhealthy skin.

Smoking is also a factor in the slowed healing of wounds and can worsen or prolong symptoms of asthma and respiratory track infections, such as the common cold and pneumonia. On average, non-smokers live about 10 to 14 years longer than smokers.

Passive or secondary smoke increases risk for many diseases including lung cancer and cardiovascular disease in non-smokers, as well as increasing the severity of asthma in children and incidence of sudden infant death syndrome.

The U.S. Surgeon General estimates that living with a smoker increases a non-smoker’s chances of developing lung cancer by 20 to 30 percent.

Additional Life Expectancy For Those That Stop Smoking

After the onset of life-threatening disease there is rapid benefit for those that stop smoking. People who quit smoking after having a heart attack reduce their chances of having another heart attack by 50%. 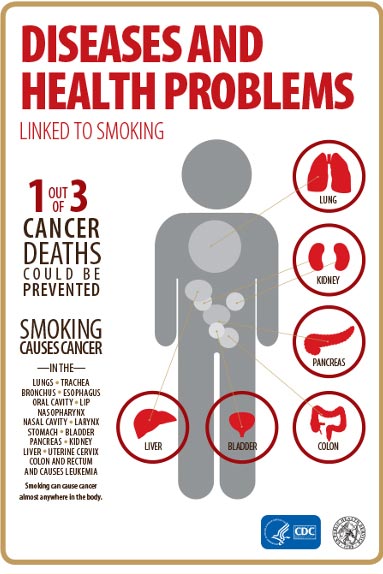 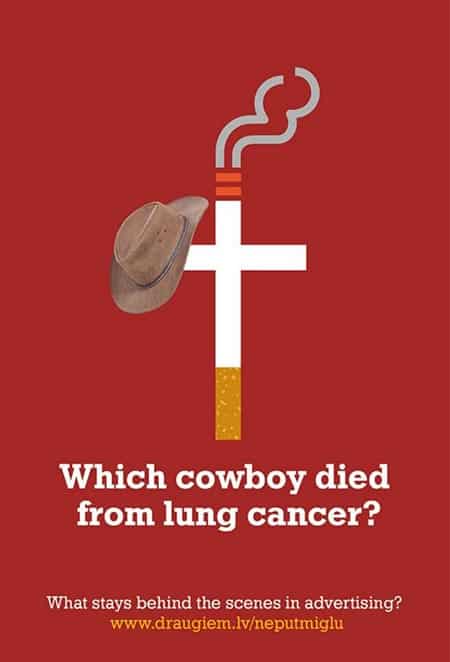 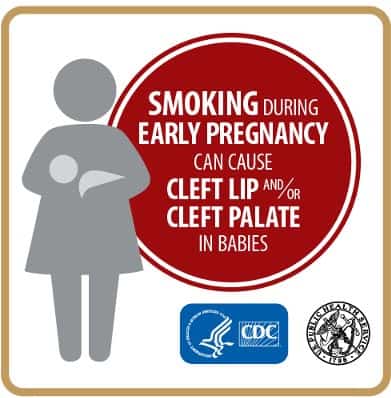 Death In The West

Death in the West is the investigative documentary that was produced in 1976 that you were never supposed to see. It is an exposé of the myth of the Marlboro man that aired on British television in 1976. Philip Morris sued the filmmakers, and in a 1979 secret settlement all copies were suppressed. In 1982, Professor Stanton A. Glantz released the film and in 1983 it aired on San Francisco’s NBC affiliate KRON-TV. Since then it has been seen around the world.
(32 min)

Seven Deadly Myths was produced in 2000 by the Center for Disease Control in the USA.

It is a 17-minute closed-captioned video that explores some of the common myths about smoking and empowers women to become or stay smoke-free.
(17 min)

The Tobacco Conspiracy is a full length documentary uncovering a history of the tobacco industry’s lies and scams.

From the US in 1953 to Africa today, the controversy between individual responsibility and corporate greed is portrayed in a lucid, undaunted manner. From scientific frauds to working with organized crime, tobacco companies show their hidden agenda more clearly than ever in this documentary.
(93 min)

How Much Is A Life Worth?

The Truth About Tobacco: How Much Is A Life Worth? Spotlights the devastating global tobacco epidemic and how the tobacco industry works to addict new users, especially kids, to replace those smokers that have died.
(2:45 min)

Smoking And Its Effects On Health

“Smoking and its effects on Health” is an animated video promoting smoking cessation and describing the health effects and risks of smoking.
(2:46 min)

This animated excerpt from “Time Pulls the Trigger” a documentary from 1960 covers the major elements in cigarettes such as nicotine, carcinogens and carbon monoxide and their affects on the body.
(2:46 min)

In 2000, Terrie found a sore in her mouth that was diagnosed as oral cancer. Later she found out she had throat cancer. In this video Terrie talks about getting home from the hospital after having surgery and her first realisation that she had to quit smoking.
(2:07 min)

Brett started smoking when he was 16 to impress a pretty girl. By his mid-thirties, he had gum disease, which is a danger for all smokers. The tissues and bones holding his teeth were breaking down. As for the pretty girl, “I don’t remember her name,” says Brett.
(2:13 min)

Roosevelt never thought that at 45-years-old he would have a heart attack due to his smoking. In this TV ad, from CDC’s “Tips From Former Smokers” campaign, he talks about the impact his smoking-related heart attack has had on his life.
(0:30 min)

Smoking gave Terrie cancer at age 40. In this TV ad, she speaks from a hospital bed. In her raspy voice, after losing her larynx to cancer, she shares a simple message: “Don’t smoke. And if you do, quit smoking. Keep trying until you succeed.”
(0:30 min)

Michael suffers from COPD, which makes it harder for a person to breathe and can cause death. Michael talks about how he wishes he had never started smoking. He describes waking up one morning unable to breathe and having to go to the hospital.
(1:57 min)

Roosevelt talks about how hard it is to quit smoking, and that people often lie to themselves about the effects of smoking cigarettes. He emphasizes that it’s important to try to stop smoking, both for yourself and for your loved ones.
(0:57 min)

Shane, whose throat cancer was a result of smoking, discusses how he didn’t realize the health complications that could result from tobacco use in this video from CDC’s “Tips From Former Smokers” campaign.
(1:01 min)

Brandon describes losing his foot, fingers, and other body parts to Buerger’s disease, a disorder linked to smoking, and testifies to the strength of addiction in this video from CDC’s “Tips From Former Smokers” campaign.
(1:08 min)

Shawn, diagnosed with throat cancer in his mid-forties, discusses how he never thought he’d get sick as a result of smoking cigarettes in this video from CDC’s “Tips From Former Smokers” campaign.
(1:01 min)

Amanda grew up in a family of smokers and picked up her first cigarette in the 5th grade. Later, when she was in college she learned she was pregnant, and tried to quit, but failed. Amanda talks about being rushed to the hospital by ambulance. Her baby was born 2 months early and weighed just 3 pounds.
(1:28 min)

Rose started smoking at 13, and before long, she was spending her school lunch money on cigarettes. Her smoking habit led to lung cancer—and the fight of her life. Rose talks about living with cancer. She never really believed that she would get cancer from smoking. Rose has had chemotherapy, radiation, and surgery to fight the disease.
(2:11 min)

This video is a story of Bryan Lee Curtis who started smoking at the age of 13, building up to smoking two packs a day. Bryan was diagnosed with lung cancer at the age of 33 and died only two months later.
(2:59 min)